A phenomenon around the world and in the world of online games, Free Fire is a Battle Royale for mobile created by Garena. One of the most searched subjects about the game are the free skins on Free Fire.

Summing up, players jump from a free-falling plane on an island to look for weapons and items around the scene. The playing area closes and wins whoever survives last .

Everything related to the game is idolized and many players dream of being famous players to participate in the championships that move millions of dollars in all its editions.

Even the giant Samsung recognized the success of Free Fire and closed a strong partnership: whoever bought a cell phone from the Samsung A line, won an exclusive jacket for his character. Just to remember, skins are armor or uniforms that the characters in the game conquer or earn throughout the game matches.

Many people want to know how to get free skins on Free Fire. There are two ways to acquire armor in the game: with diamonds and gold. Diamonds must be purchased with real money and the other is purchased during the matches.

In addition to these options, it is also possible to obtain free skins with the Lucky Royale systems :

Royale mode has luck as a deciding factor in winning prizes. In all of them it is necessary to spin a roulette wheel to collect the gifts. Each spin is paid and the rewards are diamonds, gold, weapons and other in-game items.

There is also the possibility to find rare items in the rounds. The Incubator is a special roulette that changes the gifts according to the time.

But beware: there are temporary and permanent items within the game.

READ ALSO: How to win V-Bucks and skins in Fortnite

The Fire Pass works like the Fortnite Battle Pass (another Battle Royale style game): it is a subscription that lasts for the current season and guarantees access to special missions that give players exclusive items.

In addition to this paid version, in the Elite Pass, there is a free option that has less prizes and simpler content. As with other Battle Royale games, Fire Pass rewards are unlocked according to your level escalation within the pass.

Play a lot to avoid losing the season, accumulate experience and pass badges to increase your rank in the game.

In the Incubator are the rarest Free Fire skins, which can only be used by consuming rare items and a project, in addition to diamonds.

If you already have a code, follow the steps below to redeem it:

Now that you know how to make your game even more exciting and your character better equipped, just set up your guild (group of players) and make lots of Booyah (shot in the head of another character). 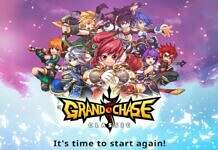