With the convenience of always having a cell phone with you, it is natural for people to follow all types of entertainment through their smartphones.

It couldn’t be different with football. One of the most popular sports in the world, with huge fan bases and renowned championships all over the world. Discover now what are the best apps for following the major football championships on your mobile device.

The cable network beIN Sports offers a streaming platform service called beIN SPORTS CONNECT. The platform is available online for Android and iOS systems and for access in-browser within the U.S.

It broadcasts live matches from LaLiga, Super Lig, Libertadores, and Sudamericana cups, among others and along with the complete narration.

ESPN is considered as one of the most popular sports streaming networks today, and it is naturally available for viewing on smartphones as well, via its own app for Android and iOS.

SEE ALSO: Tips for making a resume that stands out

DAZN is a streaming service that focuses solely on live and on-demand sports from around the world, including HD broadcasts of national and international sporting events. The Premier League, FA Cup, and Italian Cup are among the competitions that can be followed.

The application can be accessed from a variety of devices, including Smart TVs, cell phones, tablets, computers, and video games. It offers different subscription plans available to meet a variety of needs.

CBS Sports Digital is a division of CBS Interactive that covers a variety of sports, including football, and offers premium content on digital platforms. In its apps there are both professional and college league matches, as well as different apps for each type of broadcast.

It provides on-demand videos of game reviews, highlights, and analysis, as well as live videos of CBS channels’ sports programming.

Football, rugby, cricket, golf, and tennis matches, among others, can be viewed via the Super Sport app or website. It broadcasts the UEFA Euro Cup, as well as the Premier League and other international tournaments.

Live Soccer TV is a website that broadcasts football matches from all over the world. It also has an app for Android and iOS.

The app provides descriptions of the channels where you can watch the matches, clips, live alerts on match’s progress, extensive statistics, live results, starting lineups, and events, as well as live text comments.

YipTV is an online service that offers free-to-air television channels, including sports channels that broadcast major football leagues, as well as an on-demand video feature.

You can access over sixty channels for an annual fee, and its app is available for Android, iOS, Smart TV, Laptop, and Desktop devices. 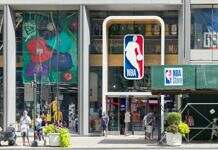 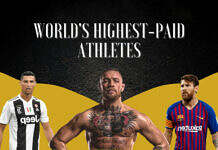